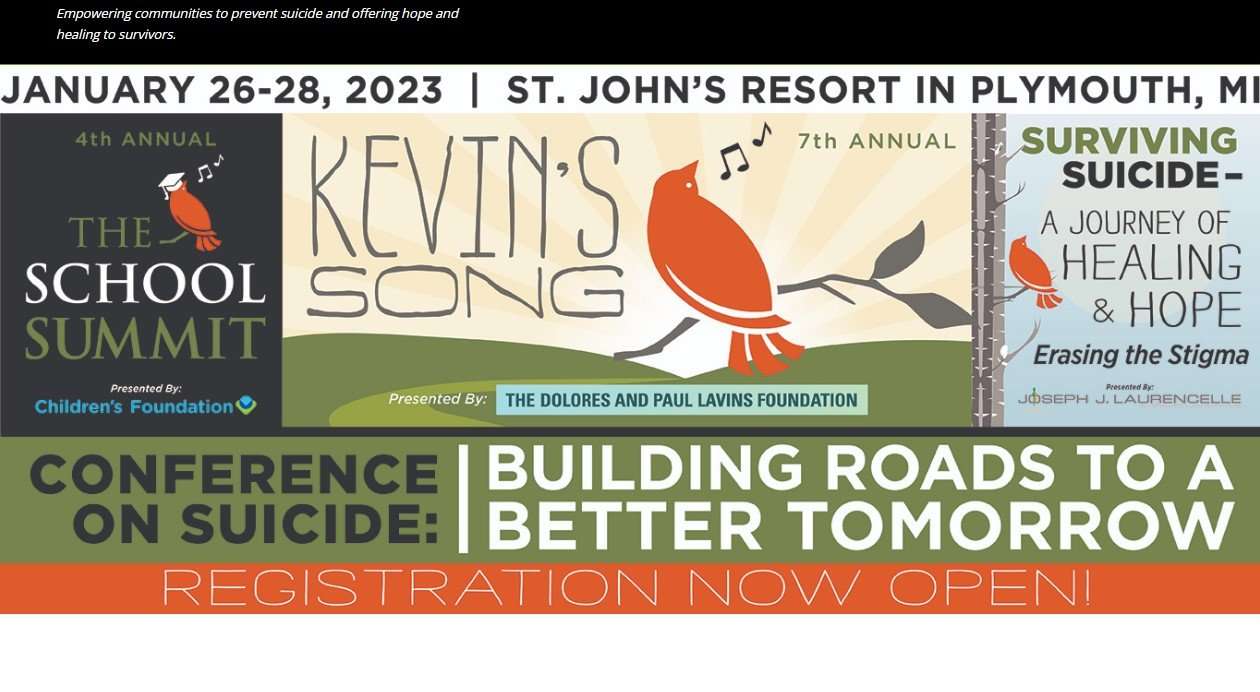 Michigan’s largest conference on suicide — the Kevin’s Song 7th Annual Conference on Suicide: Building Roads to a Better Tomorrow — announced that registration is now open for the widely respected event that features a prestigious roster of leading experts in the field of suicide. Presented by The Dolores and Paul Lavins Foundation, The Children’s Foundation and the Joseph J. Laurencelle Memorial Foundation, the conference will be produced by Detroit Public Television and returns to an in-person format January 26 – 28, 2023 at the St. John’s Resort located at 44045 Five Mile Rd. in Plymouth.

The three-day conference will bring together more than 400 educators, mental health professionals, professional trainees and students, business and community leaders as well as members of the public, survivors of suicide loss, and attempt survivors. It will address suicide as a public health crisis to better understand and prevent suicide while helping to build pathways to better models of prevention and treatment in order to save lives.